This post is about some famous financial frauds in India over the last few years. These certainly are not the only ones and as in past, in future there will be more. Known as the big bull – is perhaps the most familiar name when it comes to financial frauds in India. What exactly did he do and how?

He used many loopholes in the financial system to funnel out money which he then used to finance his stock purchases. The idea was simple – create massive demand for a stock by buying every share that’s available in the market – any price paid [See footnote for the best case on this]. This will necessarily take the share price soaring, which is when you may sell it.

How exactly did Harshad get so much money to finance his stock purchases?

First Loophole – Using SLR (Statutory Liquidity Ratio). Like today, back in the 90’s banks had to maintain an SLR (click on the link for how SLR works). Accordingly a certain percentage of bank’s assets, i.e. cash, were mandatorily to be invested in government bonds and securities. Back then computer technology was not as good as it is today, and the amount kept as SLR had to be manually monitored. This was done on any one day of the week, mostly on Fridays. This allowed banks to sell the bonds on a Monday and buy it back before the date of monitoring – i.e. Friday. This could free up substantial cash for the bank to play with during the week. But again buying back was something that was done through a broker for a broker would know which bank had excess government bonds and which one was short on it. Such broker would act as a middleman to balance the positions.

Harshad was one such broker / middleman. He won the trust of many banks. So much so that the bank’s started writing checks in his name trusting him to balance positions. This left a lot of short term spare capital with Harshad to play with. He used this to inflate the prices of many shares rose dramatically, most noticeably of Associated Cement Company (ACC) which rose by 4400 % from Rs. 200 to Rs. 9000. While the scam was exposed and Harshad faced several cases of civil and criminal fraud, the truth is that till date the IT department is unaware of how much money Harshad Mehta amassed during this scam and is not sure about where that money is lying today. Legend has it that he and his associate companies till date are holding approximately 10% of ACC. Harshad died of a heart attack in 2002 while he was in prison. He was 47 years old. 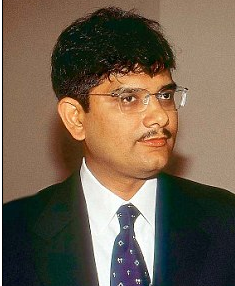 Ketan Parekh is alleged to have been involved in one of India’s biggest stock market scams that took place between 1999 and 2001. He was arrested in March 2001 and is currently barred from trading till 2017. Ketan Parekh was alleged to have been involved in circular trading – fraudulent trading scheme where buy/sell orders are entered by a person or by persons acting in collusion with each other to operate the price of the underlying security for mutual benefit.

Unlike Harshad Mehta, Ketan Parekh did not purely use public money but instead promoters of these companies themselves provided him capital to raise the price of their company’s stock. Also, Ketan Parekh used his contacts at Global Trust Bank and Madhavpura Mercantile Co-operative Bank to access funds for market manipulation.

His modus operandi: Circular trading with Promoters funds – Promoters of companies of which stock prices were relatively low – eventually dumping the stock once the broader market jumps in and the stock price rises.

B Ramalinga Raju, the founder of Satyam Computers manipulated corporate accounts by several crores over a period of several years. He cooked the company’s book by overstating its revenue, profit and profit margins for every single quarter over a period of 5 years, from 2003-2008.

The intention was to show a rosy picture of the company to the investors, employees and analysts and to try and convince them that the company was far bigger as an enterprise than it actually was. To achieve this, the accountants generated fake invoices to record sales that didn’t exist. Profit figures were also manipulated in the same manner. On January 07, 2009, Raju sent his resignation to the company’s board and confessed to a US $1.5 billion fraud. On 26 February 2014, the Supreme Court of India ordered the arrest of Subrata Roy, Founder of Sahara India Pariwar, for his repeat failure to refund over Rs. 20,000 Cr. plus interest @ 15 % to its millions of small investors. He was eventually arrested on 28 February 2014 by Uttar Pradesh police on a Supreme Court’s warrant, in a dispute with Market Regulator – SEBI.

This case is about optional fully convertible debentures (OFCD) that the two of Sahara Group’s unlisted companies – Sahara India Real Estate and Sahara India Housing Investment – issued during 2008–2011, collecting more than Rs. 24,000 Cr. from 30 million investors. A convertible debenture entitles the holder to become a shareholder in the company at a later stage, if he so chooses.

In 2011, SEBI ordered Sahara to refund this amount with interest to the investors, as the issue was not in compliance with the requirements applicable to the public offerings of securities. The Company issued convertible debentures and secured Rs. 24,000 Cr. from retail investors. While it is true that there was no bank guarantee or assets backing this money, none of those who invested this amount made any complaint. The SEBI itself filed a case in the interest of the investors. Why exactly were investors not unhappy and yet SEBI wanted to protect them?

Investors did not complain simply because they were getting the promised return on their investments. In fact till date some loyal depositors are happy to invest in Sahara schemes offering 10%+ annual return or up to 50% return in 48 months – or an equity interest in the company whichever they would choose at the end of the period.

So why was SEBI unhappy? The money collected is not being invested anywhere. There are no assets backing the deposits. The real estate companies of which the shares will be issued (in case of conversion of bonds) have no assets. This makes the whole issue kind of like a ponzi scheme in that so long as the company keeps raising more money, it can keep servicing previous interest payments (and principal) upon maturity. What’s the end to this?? If Sahara knows a way of earning a rate of interest higher than 10%, then this sure is a winning business model for it can earn 10% return for depositors and the balance for itself. In such a case this may not be a ponzi scheme, but then any such business model must be disclosed to investors and that is exactly what SEBI exists for. Legally speaking and as per SEBI, deposits were raised from more than 50 investors which made this a public issue within the preview of SEBI. In fact, deposits were taken from 30 million retail investors and yet SEBI’s capital issuance/ disclosure guidelines were not followed.

Jignesh Shah, founder of MCX, was arrested for his alleged involvement in the Rs 5,600-crore National Spot Exchange Limited (NSEL) scam. Shah came under scanner when NSEL faced a payment crisis and over 13,000 investors lost their money. After an independent audit by India’s commodity markets regulator, the Forward Markets Commission (FMC), it was found that there were several irregularities that were going on in NSEL.

The Hunt Brothers – Nelson Bunker and William Herbert tried to corner the world silver markets in the late 1970s and early 1980s. They started purchasing both physical and future silver contracts at whatever price they could get it. They were using not only their own money but also that of other investors to whom they convinced that silver was a great investment option. Further, Instead of closing the future contracts with cash settlement, they demanded physical delivery of silver. Price of silver kept on rising further and by January 1980, it hit an all-time high of US $50.35 an ounce, from US $ 2 an ounce in 1973. By this time, the Hunt Brothers owned US $4.5 billion of silver (approximately 200,000,000 ounces). That was more than half of the world’s entire supply.

On March 27, 1980, also known as “Silver Thursday”, as the federal commodities regulator changed the rules and put heavy restrictions on commodities bought on margin and suspended silver trading accepting only silver sell orders, silver prices collapsed to below $11 an ounce. Hunt brothers lost over US $1 billion and are still facing many civil and criminal charges.