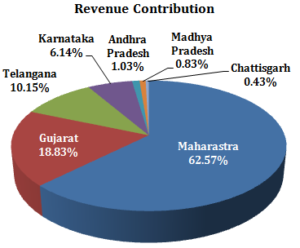 About D-Mart IPO Issue – D-Mart IPO will open on 8 March and close on 10 March. The upcoming IPO is one of the most anticipated offers this year, primarily because the Company is promoted by Radhakishan Damani. D-Mart IPO will raise Rs. 1,870 Cr. by issuing new shares, priced in the range of Rs. 295 – 299 per share.

Business – Avenue Supermarts Limited (“D-Mart” or the “Company”) is one of the largest and the most profitable Food & Grocery (F&G) retailer in India. The Company classifies its products under the following categories: 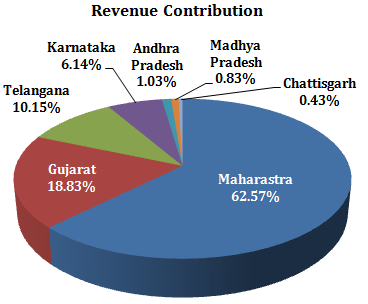 Distribution Network – the Company had a network of 21 distribution centers and 6 packing centers in Maharashtra, Gujarat, Telangana and Karnataka.

D-Mart– IPO Use of Proceeds

Expansion Plan – the Company intends to further increase its position in the retail supermarket business in Maharashtra and Gujarat by increasing its market presence and expanding its store network in Andhra Pradesh, Telangana, Madhya Pradesh, Karnataka, Chhattisgarh, Tamil Nadu and northern India.

Currently, the food and groceries (F&G) segment constitutes a majority share of the retail market (67%). According to Technopak, F&G will continue to be the largest contributor in the retail market even four years hence with a projected share of 66% in 2020.

High level of competition – The Indian retail market has become increasingly competitive in recent years and this may increase in the future. In the Foods category including groceries and staples, the Company face competition from other organized retail supermarket chains including Big Bazaar, Reliance Retail, Spencers, HyperCity, and Star Bazaar on one hand and unorganized retail kirana shops on the other.

In relation to non-food products and other products, D-Mart faces competition from organized retail chains such as Westside and Max.

Key retailers operating in the F&G segment currently hold around 37% market share of the U.S. $14 billion organized F&G market. Future group holds the largest market share with 13% owning to the group having multiple brands followed by D‘Mart at 10% and Reliance at 8%. Together, these three retailers contribute to 31% of the overall F&G segment.