All About GST: Prospect, Impact and Implications Goods and Service Tax (“GST”) is a comprehensive tax on manufacture, sale and consumption of goods and services, that will absorb most of the indirect taxes levied by Central and State Government. Currently the GST is adopted in over 150 countries. If passed, GST Bill would be THE biggest tax reform by the Indian government since inception of the Indian constitution.

How Will GST Work? 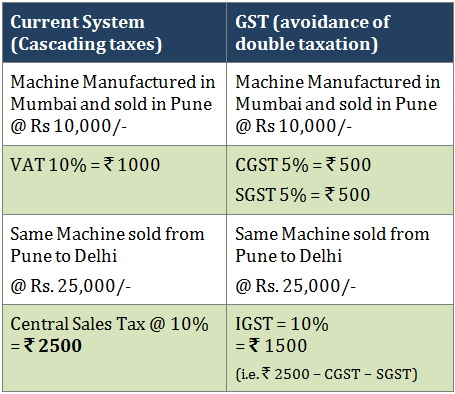 IMPACT OF GST AND ITS IMPLICATIONS