How do you hire a lawyer in India without any reference?

Naturally, anyone in legal trouble would want to know the past record of a lawyer before making a decision to hire him. Unfortunately, if you want to hire a lawyer in India, you will have to rely on some uncommon old school ways to find one. The cumulative effect of the Advocates Act, the Rules of the Bar Council of India and other professional bodies which regulate lawyers prohibit them from advertising their services. 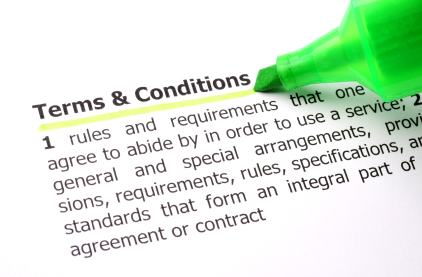 An extract of relevant part of Bar Council of India Rules:- “36. An advocate shall not solicit work or advertise, either directly or indirectly, whether by circulars, advertisements, touts, personal communications, interviews not warranted by personal relations, furnishing or inspiring newspaper comments or producing his photographs to be published in connection with cases in which he has been engaged or concerned. His sign-board or name-plate should be of a reasonable size. The sign-board or name-plate or stationery should not indicate that he is or has been President or Member of a Bar Council or of any Association or that he has been associated with any person or organisation or with any particular cause or matter or that he specialises in any particular type of worker or that he has been a Judge or an Advocate General. That this Rule will not stand in the way of advocates furnishing website information as prescribed in the Schedule under intimation to and as approved by the Bar Council of India. Any additional other input in the particulars than approved by the Bar Council of India will be deemed to be violation of Rule 36 and such advocates are liable to be proceeded with misconduct under Section 35 of the Advocates Act, 1961.”

Lawyers may not solicit clients and cannot do anything that might influence the decision of a potential client from engaging one or the other lawyer. This leads to an informational asymmetry between a litigant and a litigator. A litigant exposed to the vagaries of the judicial system in India for the first time has no way to draw up a short list of practitioners specializing in that particular branch of law; there is no single place or agency which can give a list of good lawyers or rank them on the basis of various criteria’s like ability to get relief, fee charged, or say experience of the lawyer in that particular field. The average litigant will always be at the mercy of the recommended litigator. There is a lack of a standardized criterion for grading lawyers. The majority of clients therefore hire a lawyer with referrals by friends or word of mouth publicity by acquaintances for all their legal requirements. Unlike many other legal systems, the Indian lawyers and law firms are disallowed from many measures that would greatly benefit the public at large. For example, a website by a family law specialist or a rent law barrister where essays or monographs about the law are published, or where the public at large can get relevant information would be classified simply as an advertisement and is thus proscribed.

As per the Indian Council of Legal Aid and Advice v. Bar Council of India, AIR 1995 SC 691, The prohibition on advertising or information dissemination is usually attributed to and rationalized by the age-old homily about the law being a “noble profession”. However in the age of information, these excuses can rarely be sustained. The consumer of legal services, like the consumer of any other services (including medical services from a doctor etc.) is entitled to look for and obtain the best value for his money. As per Srimathi v. Union of India AIR 1996 Mad 427, “Section 2 (u) of Competition Act, 2002 defines the term ‘service’ along the lines of Consumer Protection Act, 1986. Thus it may be concluded that legal services are becoming subject of trade related laws where consumerism and market forces should be given adequate space.” Hence, all litigants must be able to hire a lwayer within their paying capacity and whom they can trust, in an ideal world this would form part of the right of fair representation. There has to be some mechanism from where an impartial evaluation of the lawyer, his track record, and competence in various disciplines can be obtained. Clearly Bar Council needs to formulate a system with more transparency for litigants; one can look at other functioning models of some countries.

Legal advertising in other countries

The Bar Council can possibly lay down standards within which the lawyers may be allowed to advertise or publish information, which, apart from attracting new business for the lawyer, provides an opportunity for the practitioners to share information or legal analysis with prospective clients. Lawyers who have written articles, treatises or monographs on some aspects of the law or on specific judicial pronouncements already enjoy the right to have them published in the journal sections of law reports. Unfortunately, these scholarly pieces are rarely available to the public at large since these reports do not enjoy wide circulation amongst non-lawyers. Allowing lawyers to publish these articles and analyses in their in-house brochures, newsletters or on websites would be a healthy step and could help the prospective client in making a better and more informed decision when looking to hire a lawyer or an advisor for their matter. As long as the “advertising” is not just gratuitous; and promotes legal awareness and gives the litigants an opportunity to evaluate the calibre of their potential counsel, advertising per se ought not to be barred. On the contrary, it is a very valuable resource for the lay people.

Personally, I believe that it is high time that the Bar Council and each advocate in India realize that the legal system is not just about the lawyers. The Bar Council must not confine its activities to the welfare of the legal community. The Bar has a greater role to play, as the first line of contact between the lay public and the lawyers. In the case of V.B. Joshi v. Union of India, where an amendment was made in Rule 36, Section IV, only 5 pieces of information can be advertised on the internet i.e. (1) name of the firm, (2) address, telephone numbers and email id, (3) (a) enrollment number, (b) date of enrollment, (c) name of State Bar Council where originally enrolled, (d) name of the State Bar Council on whose roll name stands currently and (e) name of the Bar Association of which the advocate is a member, (4) professional qualifications and academic qualifications and (5) areas of practice.

If you are looking for a legal opinion or want to hire a lawyer / firm and would like to understand anything about the legal process, or if you just want to get your work documented, don’t hesitate to get in touch with me at rajat@sanasecurities.com | Twitter