For us Indians, gold signifies wealth, prosperity, status and all that is auspicious. That said,it is a fact that if all Indian temples and households put together their gold reserves in one place and hand it over to the government, India may already be one of the wealthiest nation in the world. The article below summarizes 5 interesting facts on gold.

Also Read: For a more elaborate discussion on gold from an economic point of view including on why the world started using gold and why is gold so precious.

[1] How Much Gold Gets Mined Per Year Worldwide? – World’s Gold Production 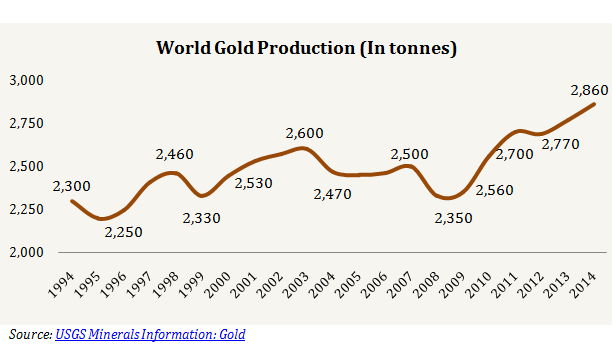 China and India are the two largest consumers of gold (jewelry + investment), accounting for nearly 51% of the total world demand for gold (3,216.6 tonnes) in 2014. Interestingly, India produces ONLY 0.17 % of its annual gold consumption (India’s gold production for FY 2014 was 1.56 tonnes). 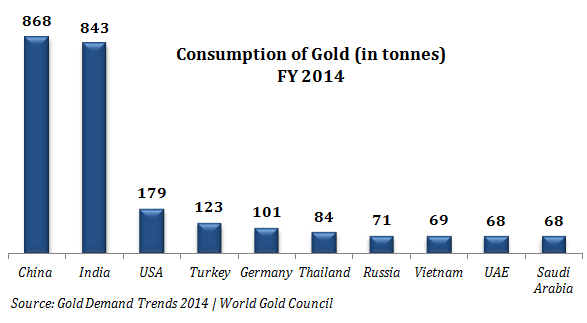 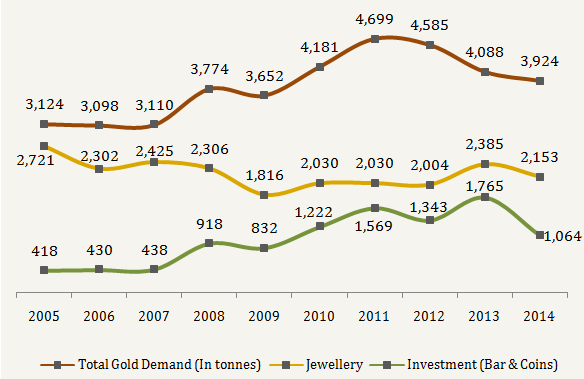 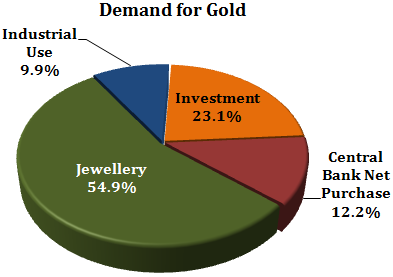 China (667 tonnes) and India (662 tonnes) are the two largest markets for gold jewellery. What drives demand for jewellery in these countries is a cultural belief – buying gold is considered auspicious in these countries particularly around key festivals and big occasions like wedding etc.

In 2005, gold was priced approximately 57% cheaper than platinum. Over the last decade gold prices have escalated to nearly as high as the price of platinum. But among Indian consumers, gold has remained more popular compared to platinum. 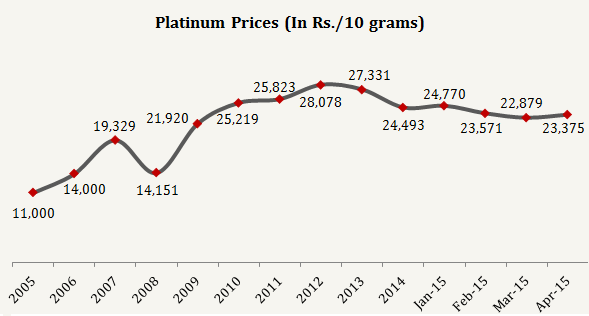