MBL Infrastructure Limited (“MBL Infra” or the “Company”) provides integrated Engineering, Procurement and Construction (EPC) services for civil construction and infrastructure sector projects, which can be categorized in the following major segments:

Government Initiative – The Indian Infrastructure sector is likely to get major boost from Government’s focus on development of infrastructure in India. In the Union Budget for 2016-17, total investment in infrastructure is Rs. 2, 21,246 Cr.

The recent Demonetization move will have a very strong impact on infrastructure sector as the government will have new money to spend without borrowing from the market by way of increased tax collections. Infrastructure projects like roads, bridges and power would kick-start capex cycle and push economic growth higher.

It operates with little debt (0.19:1 debt to equity) on its books. The Company has been consistently paying dividends since listing and has maintained a dividend payout ratio of 8 %.

In 2015, the Company rewarded its shareholders with bonus shares in the ratio of 1:1 which further instills confidence in the Company and the management. 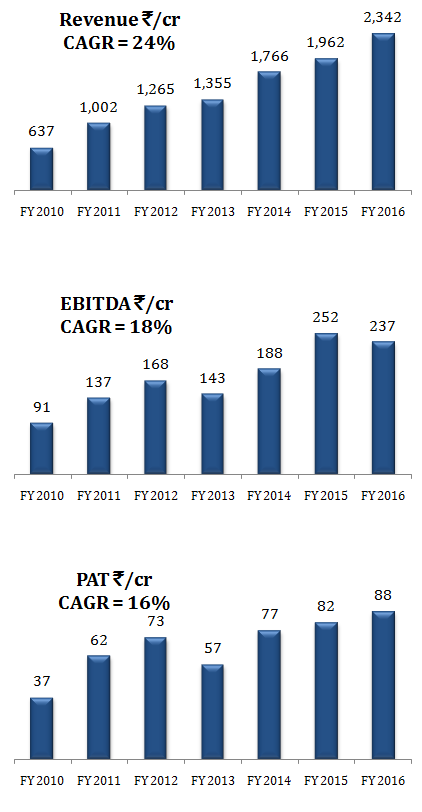 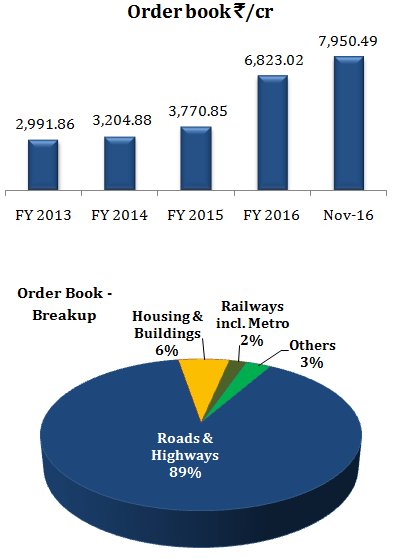 * Hybrid Annuity Model (HAM): The HAM is a mix of engineering, procurement and construction (EPC) and build operate-transfer (BOT) formats. The Government and private companies share the total project cost in the ratio of 40:60 respectively. The Government shoulders the risk and responsibility of revenue collection. 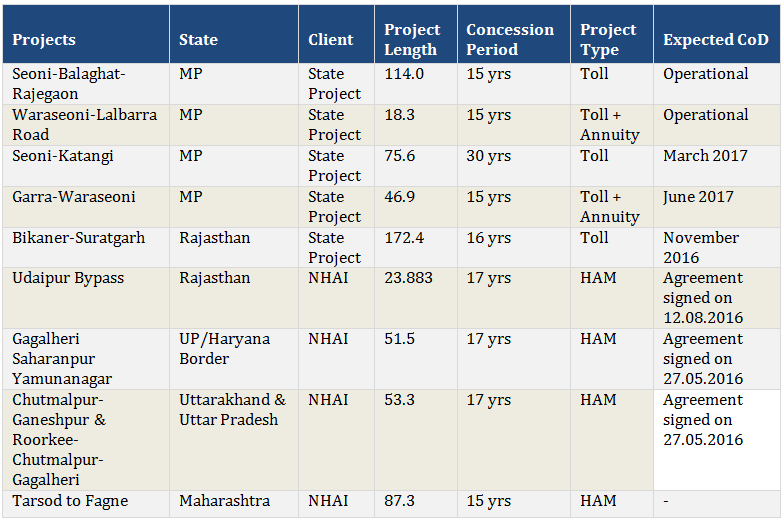 NHAI & Ministry of Road Transport and Highways together contribute 75% in the total order book.

While infrastructure theme is likely to do well for many years given the need for infrastructure projects in India, this is one sector where investors have to be extremely careful in making stock selection on account of delay in execution and commissioning of projects as also high debt position.

Over the last two years, the MBL Infra promoter group has pledged excessively high quantity of shares. The share of pledged promoter holding has increased from 24.68% in Sep-2015 to 82.69% in Sep-2016. With 37.45% promoter stake in the company at September-16, this amounted to 30.97% of total share capital being pledged – a highly precarious state. Currently, 83% of the promoter holding is pledged – a highly alarming situation for the minority shareholders.

Note: Higher the pledging of promoter’s share, greater could be the risk of volatility in the company’s share price. This is because, as share prices fall, the overall value of the pledged shares falls. This would put pressure on the promoter to produce more shares as collateral. Sometimes, the lender may also be forced to sell some of the shares to ensure that the loan does not turn into a bad loan. If the promoter is unable to meet obligations of borrowing, the ownership of shares is transferred to the lender, who may then sell it to recover loans.

A major increase in order book size in the current fiscal will require increased pressure on working capital requirement. The Company could struggle on account of this in the short term. Further with a majority promoter shareholding pledged working capital situation becomes even more alarming for the Company.

Over Dependence on EPC Projects

The top 5 projects currently constitute around 76% of the order backlog. Out of these the Orissa BOT project alone accounts for 40% of the total projects.

Infra and Engineering Sector is a highly capital-intensive industry with long gestation periods. Revenue generation could take many years after the initial conceptualization of a project. Since most of the projects have a long gestation period (4-5 years of construction period), the uncertainties and risks involved are high.

Delay in commissioning of projects is also a concern as it leads to delay in inflow of revenues. At the same time, companies have to incur costs on the delayed projects, thus affecting margins and overall profitability which could have a negative impact on the share price.

Competition for MBL Infra has increased over the past few years. The Company operates in a highly competitive business, especially when it comes to low to medium engineering and construction projects. Further, competitors are also trying to catch up the Company’s quality and size, which will put pressure on L&T profit margins in the coming years.