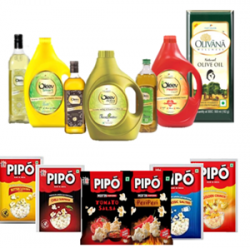 Modi Naturals Limited (“Modi Naturals” or the “Company”) is firmly established as a dominant player in the edible oil industry, with a pan-India presence, well-diversified product basket, and multiple brands. The Company’s flagship brand, “OLEEV” is a leading name in the edible oil market, and it caters to the premium segment of the market.

The Company has four production facilities to cover manufacturing footprints across India. Broadly, Edible Oil products are manufactured at factories situated in Uttar Pradesh & Telangana regions. Out of four manufacturing facilities, two units are located at Pilibhit (Uttar Pradesh), one unit in Hyderabad (Telangana), and one in Sonipat (Haryana) for manufacturing of all variants of edible oil and other food products.

The Company has decided to establish an Ethanol Plant in the state of Chhattisgarh. For this project, it has incorporated a 100% subsidiary (wholly owned subsidiary) called ‘Modi Biotech Private Limited’ (MBPL). MBPL has received in-principle approval for a 210 KLD distillery for the manufacture of ethanol from the Central Government, along with signing an MOU with the Chhattisgarh Government for the same. The investment over the next two years is expected to be approx. Rs. 250 Cr., with the first phase of 110 KLD being completed within a year with an investment of Rs. 160 Cr.

The Company has a market share of 16-17% in the olive oil space.

Transformation of Company into a Pure-Play FMCG Player

The Company is transforming from a pure play edible oil company to a diversified FMCG company by creating world class uniquely positioned value-added products that are gaining popularity in households. The Company’s popcorn brand PIPO has seen strong traction in the past one year. Under brand, PIPO, the Company will be looking at expanding its presence in snacking space. The revenue from non-branded segment has reduced from 100% in FY 2012 to 71% in FY 2021. The Company aims to further reduce the revenue from non-branded segment to 35% in FY 2022. Over the last 5 years, the revenue from branded segment is growing at a CAGR of 30%, from Rs. 77 Cr. in FY 2016 to Rs. 128 Cr. in FY 2021.

In July 2021, the Company forayed into the packaged food business and launched a new sub-brand called Oleev Kitchen to launch “healthier-for-you” products starting with pasta and peanut butter. In the next two years, the Company is expecting to earn revenues of about Rs. 50-60 Cr. from its packaged food business. The Company is also evaluating other segments such as breakfast cereals among others and will add new products to this portfolio in the next couple of months.

The Company is present on all e-commerce platforms including Amazon, Big Basket, Flipkart, Grofers and JioMart. Further, the Company is widely distributed in 2,500 organized modern retail outlets and also has around 450 distributors pan India with a direct reach of about 50,000 retail stores, which it will use to penetrate further in ready-to-cook foods category. The Company has decided to establish an Ethanol Plant in the state of Chhattisgarh. The Company has already purchased land for the project and is in the process of ordering plant and machinery, and aims to commission the plant in the 3rd quarter of the FY 22-23. The Company’s project is in line with the company’s core values & commitment towards sustainable growth and will also help the Company have a diversified portfolio of businesses.

The Indian edible oil/food market is historically dominated by the unorganised sector comprising of traditional vendors, as well as smaller regional players, all of whom pose competition to its business as the Company expects to shift towards focusing on branded packaged edible oil and food products as a key growth driver.

The Company’s foray into packaged food segment will enable it to leverage distribution synergies with its edible oils business. The Company has a strong distribution in modern trade and premium general trade stores. At the same time, its e-commerce business has grown by nearly three times since its products due to the strong in-home consumption trends. In the next two years, the Company is also looking to grow its direct distribution in urban regions from about 50,000 outlets to 60,000-70,000 outlets.