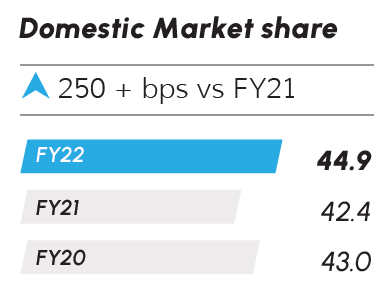 The Tata Motors stock has been rallying over the past week, and it has given a cumulative return of around 4.5%, significantly outperforming the Nifty Auto index as well. The stock hit a 52-week high of Rs 536 on November 17, 2021, but it failed to hold on to the momentum. It found support near Rs 360-370 levels back in March and May 2022 from where it bounced back.

Tata Motors is one of the biggest automobile companies in India with a diverse portfolio of products such as passenger cars, trucks, vans, coaches, buses, luxury cars, sports cars, and construction equipment. Tata Motors generates its revenue primarily from its Jaguar Land Rover segment which accounts for almost 73% of total revenues, while Tata Motors’ domestic segment contributes around 27% to the top line. Utility vehicles (UV) consist of the most significant volume of sales at around 45.7%, and most of Tata Motors’ revenue is generated from India, followed by USA and UK. 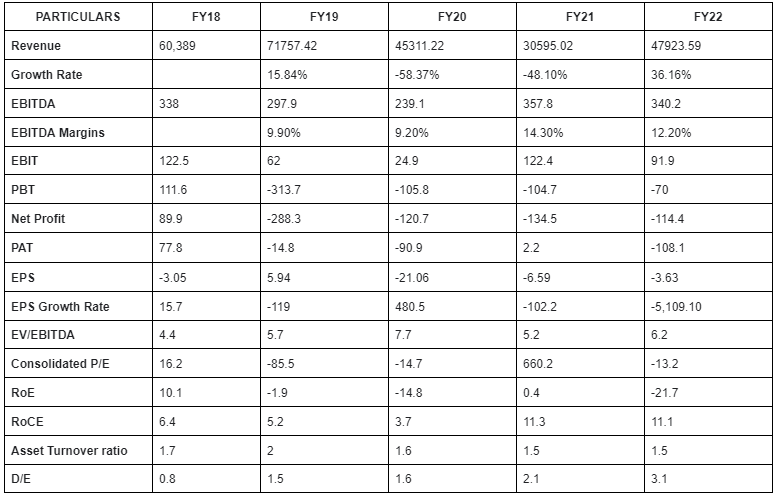 Government, and sustainability throttles to get across the finish line

Focus on the EV market

Financials: Flimsy financials over the past few years, like net loss and decrease in revenue in some of its subsidiaries like JLR, could be a slight hint of worry, but as the economic state of the world stabilizes, the supply bottlenecks of commodities and semiconductors shortages slowly ease in, it should be smooth sailing for TATA MOTORS.

Cutthroat competition: Tata Motors being one of the largest companies in the automobile sector, face intense competition from other large sharks in the tank, such as Maruti Suzuki, and Hyundai,  as they offer the latest advanced designs and features at lower prices, which in turn result for them actually being in profit, whereas Tata Motors keeps dwindling in losses.