Vedanta Cairn Merger: The Good, Bad and the Ugly 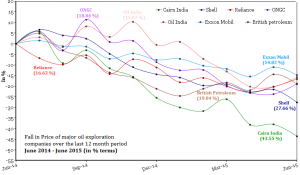 Ever since news of Vedanta Cairn merger started doing rounds in brokerage houses and among the helpless retail investor community, analysts and experts have given all sorts of views on things ranging from valuation to regulation. This is typical of big mergers. On the one hand, PR firms of companies work with top notch market experts who give their educated views on such corporate events.  On the other, some voices from among shareholders question the rationale of such a merger.

I became Cairn Shareholder in the year 2013 at a time when Cairn India share traded at Rs. 348. At that time, it looked like a wise decision, and to be fair, based purely on fundamentals prevailing at that time I would still say it was a very wise investment. To the point that if the same company was being managed by a different set of people, I would still buy it at Rs. 348 a share, even today. Of course it currently trades at Rs. 183, which is ridiculous to say the least.

So why exactly should a zero debt company with Rs. 57,000 Crore in reserves trade at valuations of 5.7*? (*PE based on consolidated TTM).

Further, this 5.7 itself is a fairly high number given that for the last 4 quarters the company’s performance has been suffered on account of:

The most honest and simple answer to this is that – I invested in an oil company at Rs. 348. While I have no problem that it trades at Rs. 181 today, I am not happy with selling my stake at this price, let alone swapping it with some metal company buried in debt which feels it can create synergy and may be a big resources company in the world.

Be that as it may be, I will be happy to exit at a price of Rs. 418. I do not wish to get into valuation and how I arrived at this Rs. 418 but I will feel slightly cheated at that price (~ 20% higher than my initial purchase price of Rs. 348 after 17 months. Below I will also get into the factors responsible for this fall – mainly fall in crude oil prices).

Having worked closely with some of those who spent hours doing company valuation, I can say with some level of confidence that my figure of Rs. 418 is as likely to be correct as Rs. 184 or Rs. 841.

The question which often remains unanswered by those who specialize in valuation sciences is – what caused the below chart to look like the way it does? 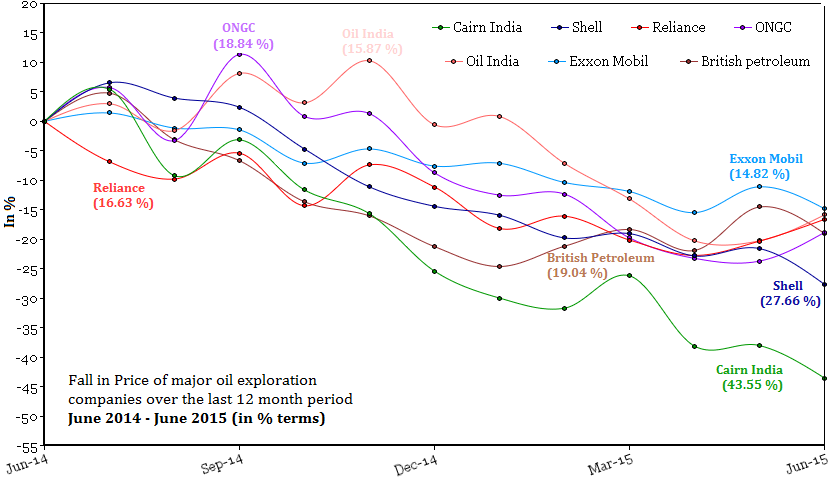 Also Read: Why crude prices below US$ 90/barrel are not sustainable.

Over the past few weeks I have heard global crude oil prices being blamed for everything that has gone wrong for Cairn India. How is it that Cairn India got affected on average 2.5 times more than its domestic and international peers, despite being in a much better financial and operational condition compared to them?

[2] What Should Cairn be Valued at?

Ideally at a price no less than the highest at which the share ever traded in past and surely not at a price which is close to its life time lows. Clearly there is nothing wrong with this company other than the management. It has zero debt, has one of the best refining margins and operates in a strategically important sector.

Further, In this case the common promoters had no choice but to consummate this rather strange marriage. With the amount of debt on Vedanta’s books, there was no way that the company could have paid back the U.S. $ 2 billion loan which it extracted from Cairn India in the last financial year, of course without any consent from the shareholders. The loan was termed – regular treasury operations. In case this transaction does not go through, it would be interesting to see how Vedanta repays the U.S. $2 billion loan.

For more on this read here: Cairn India Stock Analysis

This fact is known to everyone. Why should Cairn shareholders compensate for the financial ruins of Vedanta? If at all they must, extraordinary premium should be paid to all retail shareholders of Cairn.

[3] Should you hold on to Cairn India Shares?

One of my friends often used the word- ‘Boo-hockey’. It always sounded as funny.

Here is the deal – if you have been a long time investor in Cairn India, you will have to either sell at a loss or become a shareholder in a metals company. As an investor, now you must decide whether a metals company can earn you what you thought an oil company could. If you don’t understand metals, take the advice of someone who does. Alternatively, sell at a loss. It’s OK, sometimes things don’t go your way. Accept it and learn to meditate, it helps.

Chances are that post the merger the price of Vedanta will move up. This has nothing to do with fundamentals or the kind of synergy this nonsense will create. It has more to do with the fact that those who were responsible for bringing down the price to these levels will start buying post the merger to get back their holding to pre-merger levels. Of course, I have no idea who these people are but I can tell you with some surety – post merger the company should do far better.

Decide how long you wish to stick around.

[4] How do Companies get away with this?

I cannot even begin to imagine what would have happened to these companies and their promoters and above all- to their directors, for approving such a merger in the United States. I pick the United States not least because it is immune to any corporate crimes but more because securities markets are regulated in a reasonably transparent manner.

It is possible to get away with such mergers in India because of 2 reasons:

Note: As per the company’s act, a merger must be approved by a majority of the minority shareholders (discussed below). 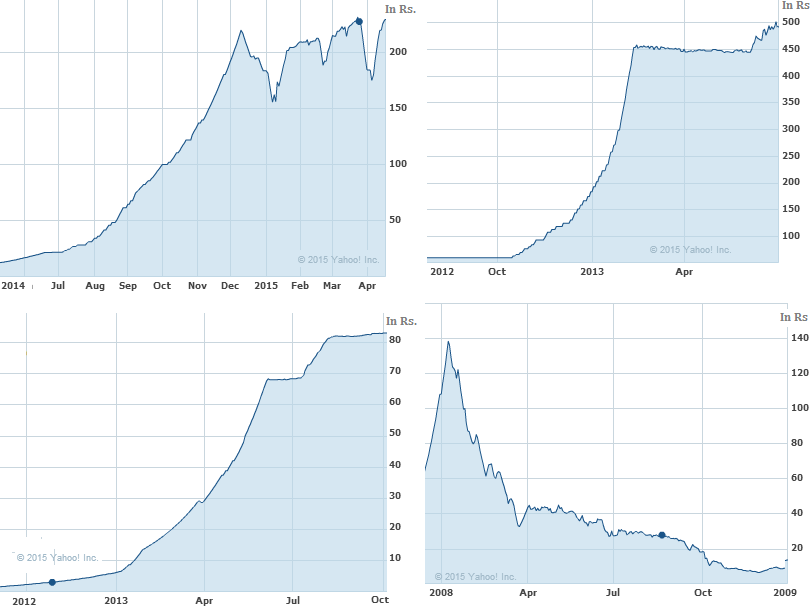 [5] Majority of the Minority Rule – Is it a Done Deal?

Not yet but of course !

As per the latest shareholding pattern of Cairn India, on paper the promoters and promoter group own 59.89% shareholding of the company. Of the balance 40.11% public shareholding, Cairn UK (the erstwhile promoters) own 9.82% and the Life Insurance Corporation (LIC) owns another 9.33%. Besides these two large minority stakeholders, there are mutual funds, smaller institutions and the retail investors who hold the balance ~ 20%.

Naturally, the consent of one if not both of these large minority stakeholders will be needed to push the merger through. Why would either of them give their consent? While I have a list of reasons, both for and against why such consent should or should not be given, the thing to think about is this – would the company have announced such a merger without having comfort of these large minority stakeholders?

If Vedanta management was not convinced (by at least a 100%) of getting this deal done, they would never propose something which gets them so much negative publicity.