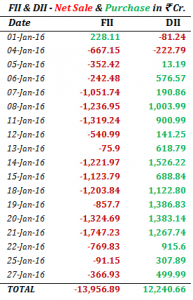 Since the beginning of 2016, Indian stock markets have fallen close to 7%. Overall they have fallen ~ 20% from their highs of 2015. What’s intriguing about this stock market correction is not the pace at which it has happened but the fact that no other asset class has done well during this period. 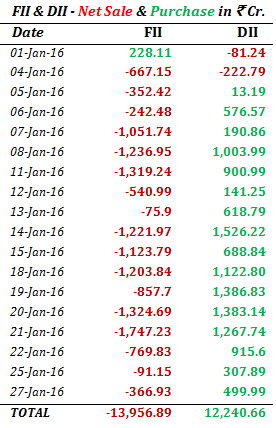 Here are the top 3 reasons for the recent stock market correction:

While all these factors are playing out at the same time, neither of these are fundamentally or structurally negative for the economy.

China slowdown: Over the last decade, China took massive debt to build more capacities anticipating continuous rise in demand which did not happen. One may ask why did demand not rise? Well, it did.

May be not as much as China anticipated- It was just bad anticipation.

Oil Prices: Of the many theories around oil prices, the most plausible one is that Saudi Arabia wants to (i) maintain its market share (ii) drive out competition from U.S. Shale oil boom and that (iii) Iran will soon start flooding the world with more oil. Again, neither of these factors point to any fundamental weakness in the global system.

FED Rate Hike: Finally, the fact that FED is confident of raising interest rates further suggests that in view of those in charge of printing money – there is enough liquidity in the system. This should actually be encouraging.

So have we just pressed the panic button for reasons which should at best be neutral if not encouraging?