Why Is It Easy To Make Other Peoples’ Decisions?

While human being remains the most intelligent creature on earth, he is least likely to take his own advice.

What is it about taking advice from a third person (often in agreement to our own view) that makes decision making easier?

Time and again, friends confused about financial decisions come to me for advice and I realise that I have nothing more to offer than what they already know is the right course. Answers they probably know but hearing them from someone else helps in taking decisions and may be to a limited extent, accepting consequences.

On the other hand the job is even easier for the one giving out an advice. Making other people’s decision is easier than deciding for your own self.

Solomon’s Paradox can explain this situation well. While we are neutral when it comes to making decisions for others, we usually fail to do it for ourselves. This is because of self- distancing from the situation. Decisions are emotional not logical. Personal factors and fears that might affect our friend’s decision taking power do not bother us at the same level. We are not directly under influence of any of them.

We tend to give the best possible advice and think “If I were in your situation, I’d do this or do that” which adds to certainty and assurance. The truth is that King Solomon himself, known for his intellect and wisdom failed to apply them in his own life, which lead to the fall of his kingdom.

Panic situations which call for sane decision making often do not allow a person to think rationally. He fails to detach one factor from the other and drains himself without getting anywhere and gets stuck with unfinished thoughts. Third person self-talk doesn’t really work with everyone (it usually does not work with me). When it comes to stepping in someone else’s shoes, we forget that stepping in, getting the right fit and being  able to walk in them are all very different things.

On the other hand, it takes practice and mind training for self-talk in a way that leads to right decision making.

Should you rely on decisions made by others (for you)?

Firstly, taking decisions for others is not necessarily detached from all emotions. Logic and common sense will of course depend upon who ultimately imparts advice. At times, closer the people, more the emotional factors. Giving advice to one’s son is always going to be different than giving advice to son’s friend. Feelings are bound to come in way. If you don’t like a person, you will never give a sane advice.

Look at how psychologists and counsellors do it. They are not usually advisors or decision makers but they help one orient his thoughts and think wisely. How they do it is by making one answer all the questions which closely relate to the problem or situation one is stuck in. Gathering and bringing forward as much information as they can help a person look at the situation from a broader perspective. Well that really works for many.

Thinking as a third person is what we need the most when in doubt. That said, it never harms to have get advice from those who you believe to be sensible, especially when their view is in opposition.

Our ability to make better decisions for others than ourselves is no super power. It is based on the simple truth that the result will not affect me. The reason other person will rely on you is that for him it is not important to make all the mistakes by himself.

Giving due consideration to situations and problems from all the possible angles will mostly lead you nowhere. Pondering over things that may or may not happen involves fear and over-thinking and leads to useless decisions.

Whether you make a decision entirely yourself or you involve someone else along the process; as STEP 1 define the problem or situation for which you need a decision. In a majority cases in life there is nothing for which people go around looking for advice. Worst still . . . . a majority of decisions will not matter one way or the other. 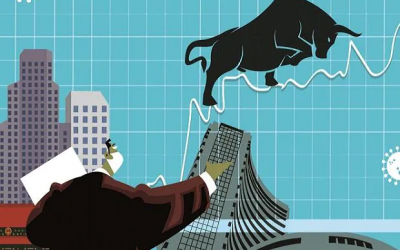 Best Stocks to Buy before Budget of 2023.

Union Budget 2023 is just a couple of days away, and since this is the last full-year Budget before General Elections in 2024, it is anticipated to be a growth-oriented budget with a primary focus on job creation, investment-driven growth, and infrastructure...

END_OF_DOCUMENT_TOKEN_TO_BE_REPLACED 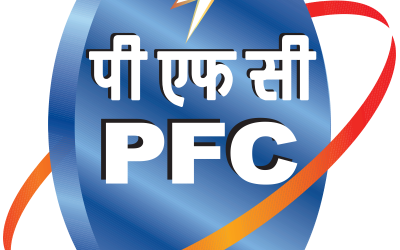 Just a few weeks ahead of going into budget 2023, the Indian government plans to restructure India's Renewable Energy and Power sectors. As electricity becomes the backbone of the future energy system, it becomes imperative for the nation to switch to greener...

END_OF_DOCUMENT_TOKEN_TO_BE_REPLACED

Best Dividend stocks to invest in 2023

Dividend stocks are a great way to diversify your portfolio if you are a long-term investor. Investing in dividend yield stocks is one of the ways of creating wealth and receiving a steady stream of income. Dividend-paying stocks allow investors to profit in two ways:...

Join us and connect with over 65,000 subscribers who benefit from our insights on the latest
in the world of stocks and personal finance.

Join us and connect with over 65,000 subscribers who benefit from our insights on the latest
in the world of stocks and personal finance.