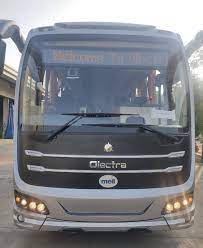 Olectra Greentech Ltd (“OGL” or the “Company”) is a pioneer in electric bus manufacturing and insulators in India. OGL is an ISO-9001:2008 certified company and its R & D Center is recognized by the Department of Scientific and Industrial Research, Govt. of India.

In 2015, Olectra Greentech entered into a strategic alliance with BYD of China; the world’s leading manufacturer of electric vehicles, thus creating a formidable technology partnership in the EV segment.

The Company has a cooperation agreement with BYD Auto Industry Co Ltd, for assembly, manufacture, sales, marketing and aftersales service of Electric Buses in India.

Olectra Greentech is the largest manufacturer of electric buses in India, with a market share of around 41%. Following are the list of top Electric Bus Manufacturers in India with their E-bus Models:

Electric Charging Stations are crucial for running the Busses. Olectra has developed 18 charging stations whereas 23 charging stations having average 10 chargers per station are in the process of development for which space, input power, material procurements and land development are in advanced stage.

Received Letter of Award for 50 e-buses

On 3rd January 2022, the Company announced that it has received a letter of award (LoA) for 50 e-buses from “one of the state transport authorities” for inter-city operations under the central government’s FAME-II scheme. These buses are to be delivered in 12 months. This order for the supply of 50 e-buses is on gross cost contract (GCC)/ OPEX model basis (i.e for Inter-city operations) is for a period of 12 years The maintenance of these buses will also be undertaken by the Olectra during the contract period. The value of this contract is about Rs 125 Cr., it added. With this, the total order book of Olectra for electric buses stands at around 1,523 e-buses after considering the deliveries already made. In its recent update, the Company’s chairman mentioned that the Company has submitted bids for tenders released for 6000 more buses and is hopeful for getting the orders for a large share of these.

In a JV with Etrio, another EV player, the Company has won an order for 5600 electric three-wheelers through state-run Convergence Energy Services Limited. The Company will be supplying about 3500 of these vehicles, which it has developed in-house.

The Company is setting up the country’s biggest electric bus factory with a capacity of 10,000 units on the outskirts of Hyderabad, as it plans to grab a larger share of cleaner mobility incentivised by the government. To be set up with an investment of more than Rs 600 crore, the new facility is spread over 150 acres. Apart from buses, Olectra Greentech will also produce electric three-wheelers and trucks — the new segments the Company is diversifying into, said a top executive. The Company will be eligible for incentives under the central government’s production-linked incentive scheme.

The profitability of OGL’s insulators division is exposed to fluctuation in raw material prices as seen in the past, given the fixed-price nature of the orders. The bus division operations are dependent on continued technology support from BYD and it faces stiff competition from players such as TML, Ashok Leyland Limited, PMI Foton, JBM Solaris, etc.

The Company is the market leader with a share of 41% in the nascent yet growing electric bus market. The dedicated factory and new products will help it retain the lead and thwart challenges from legacy players Tata Motors and Ashok Leyland, which also offer electric vehicles. The Company has also tied up with a truck maker to develop electric trucks, which it plans to start producing next fiscal year.